Between the Blade and the Heart 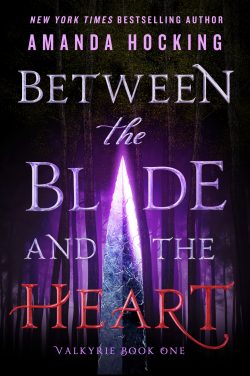 In a dystopian future, a cyberpunk Valkyrie finds herself caught in a battle for the fate of her world

As one of the Valkyries, Malin's duty is to slay immortals and return them to the afterlife. But when she unearths a secret that could unravel everything she knows, Malin must decide where her loyalties lie. At the same time, she wonders if helping blue-eyed boy Asher enact his revenge is worth the risk, all while her ex-girlfriend tries to get back into her heart.

The first book in the new Valkyrie duology is out now!
Check out Entertainment Weekly's cover reveal for more info and an excerpt from Between the Blade and the Heart!

From the Earth to the Shadows 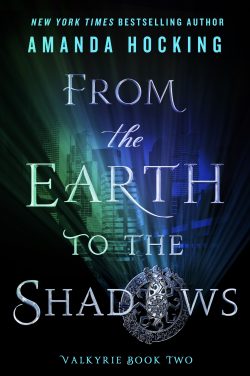 Remember that we all must die.

While dealing with dark revelations about her life and her world, Malin finds herself with new allies--and new enemies. Her quest for the truth leads her to places she never thought possible, and she's never been one to shy away from a fight. But for all her strength and determination, will it be enough to save the world before it's too late?

Check out the playlist for From Earth to the Shadows on Spotify to listen while you're reading.